What Came You Here To Do – Andrew Hammer 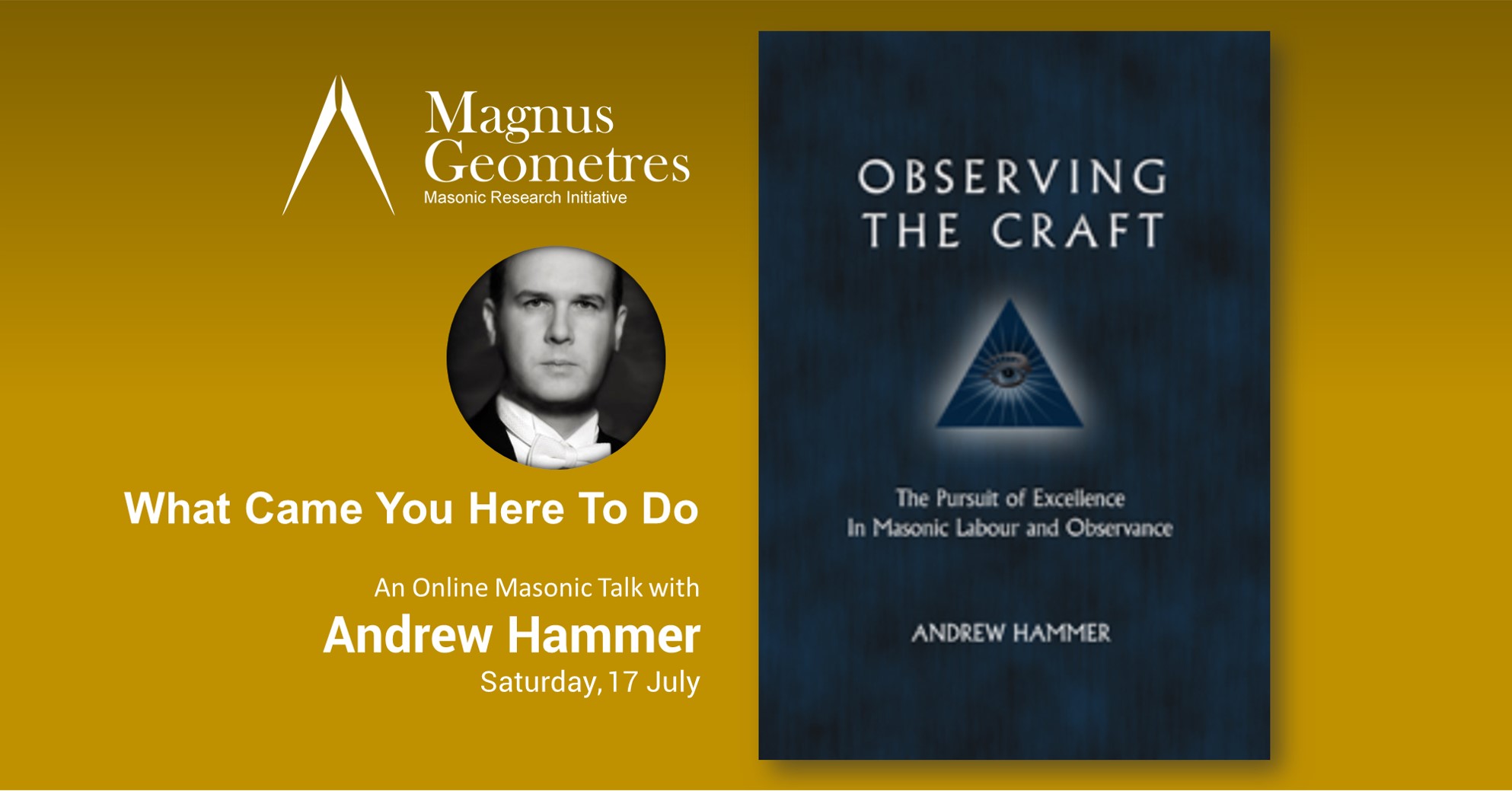 ABOUT ANDREW HAMMER
Andrew Hammer is the author of Observing the Craft: The Pursuit of Excellence in Masonic Labour and Observance. He is the Charter Master of Alba Lodge No. 222, in Washington, D.C, and the Deputy Grand Lecturer of the Grand Lodge F.A.A.M. of the District of Columbia. He is a Past Grand Chancellor and the Secretary of Fiat Lux Lodge No. 1717 under that same jurisdiction. He is Past Grand Orator of the Grand Lodge of North Carolina, and an honorary member of Sophia Lodge No. 767 under that jurisdiction. He is a member of Lodge Sir Robert Moray No. 1641 under the Grand Lodge of Scotland, and Lodge Ireland No. 2000 under the Grand Lodge of Ireland. He has proficiency in the Preston-Webb as well as English Emulation, Scottish, and Irish rituals, and knowledge of French and German rituals. He is President of the Masonic Restoration Foundation, a Fellow of the Philalethes Society, and a Fellow of the Masonic Society. He is a member of the Quatuor Coronati Correspondence Circle, and an honorary member of Adelphic Union Lodge No. 14, under the Most Worshipful Prince Hall Grand Lodge of New York. He is a Past High Priest, Past Sovereign Master in the Allied Masonic Degrees, and a Scottish Rite Mason. He resides in Alexandria, Virginia.