The East of the Grand Umayyad 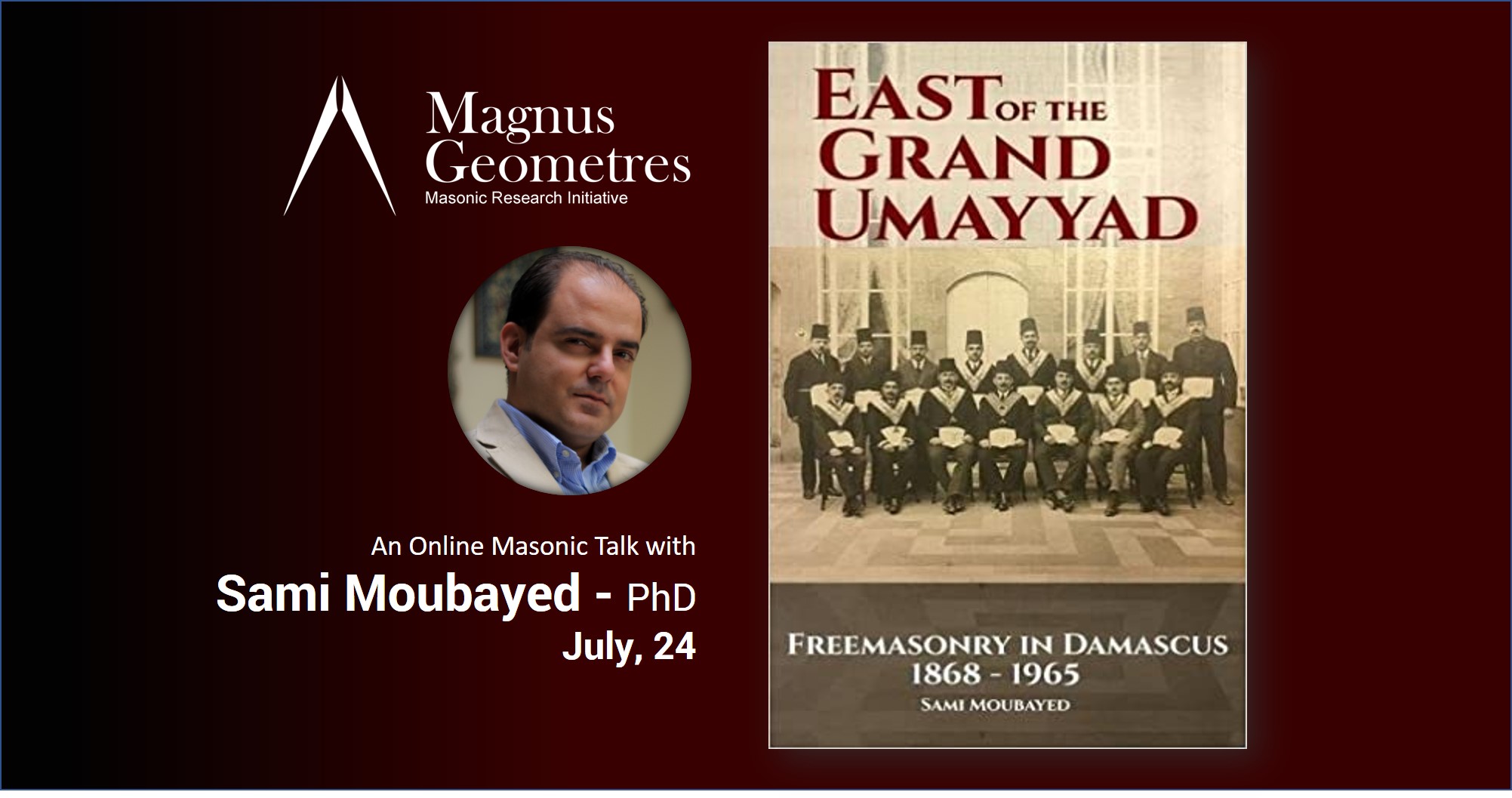 The East of the Grand Umayyad: Damascene Freemasonry 1868-1965 by Dr Sami Moubayed.

When the Ancient Craft came to Damascus, back in April 1868 it immediately attracted the “who’s who” of Syrian society, among whom were seven prime ministers and two presidents. They played a monumental role in modern Syrian history, creating hospitals, schools, and national revolts against French colonialists. Dr. Sami Moubayed will lead us through this passionate era in Masonic History.