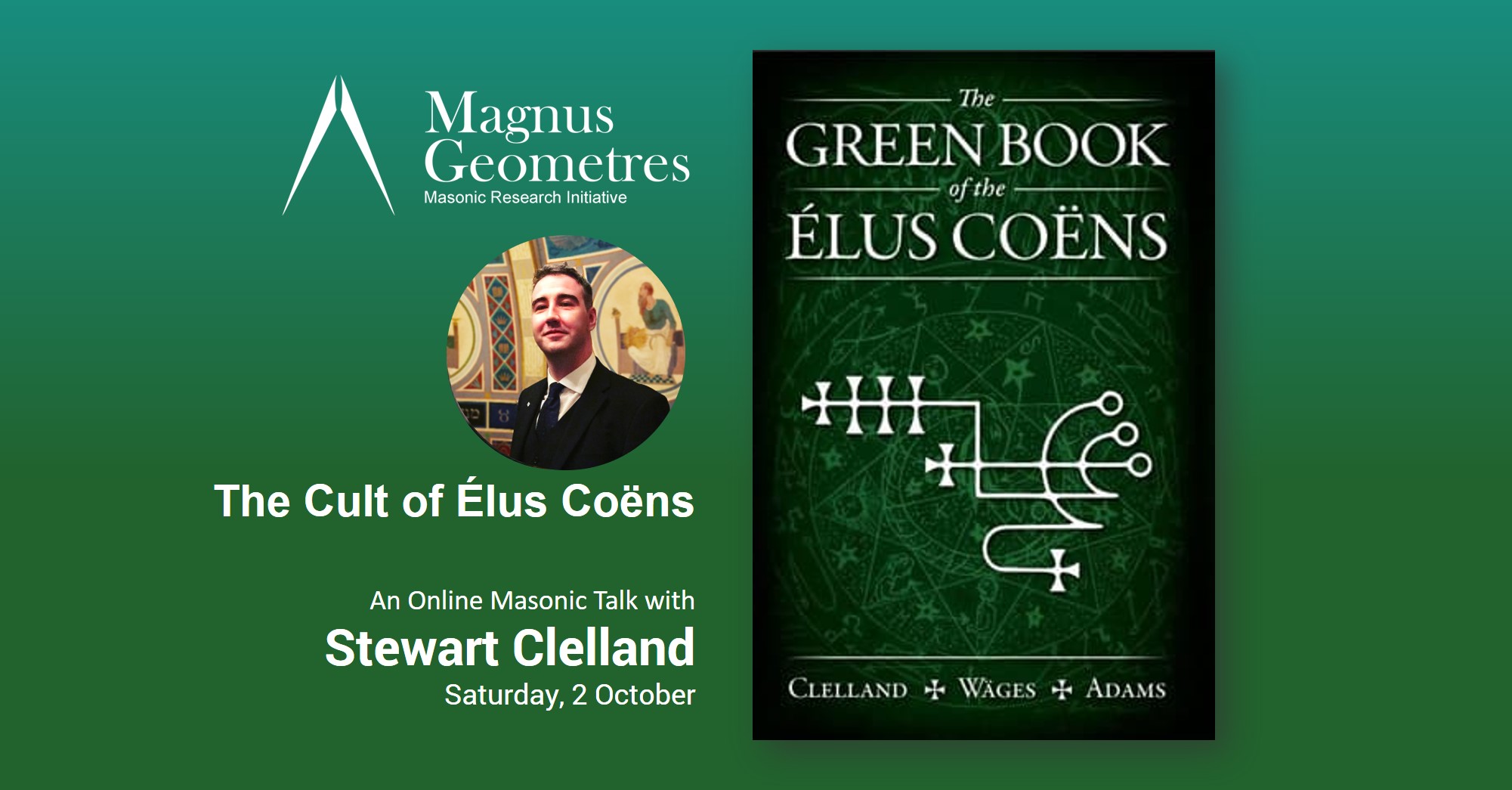 TALK SYNOPSIS
In this talk, Bro Clelland gives the most fascinating insight yet into the secrets and mysteries of the eighteenth century’s most esoteric of masonic societies – The Order of Knight-Mason Elect-Cohens of the Universe. Representing the inner circle of most Martinist streams of Freemasonry today, the Order of the Élus Coëns teach an advanced form of ceremonial magic. However, the original system has been lost and corrupted for centuries. Discussed here for the first time, these original rites of the Élus Coëns instruct the initiate in how to enter into relations with angelic entities, which are sympathetic to Man’s fallen state and who can aid him upon the path to reintegration with the Divine. After the death of the Order’s founder in 1774, the teachings of the Élus Coëns were doomed to fade into the mists of history – Bro. Clelland sheds the most illuminating light so far on this fascinating hidden aspect of Masonic history. Detailing the inner workings and highest degrees of the Order, Bro Clelland enlightens us in the true, very visceral nature of the Order. Requiring the utmost commitment, and a decidedly monastic lifestyle, the Order prescribed everything from hairstyle to diet. Far from the everyday festivities of mainstream Freemasonry, the Élus Coëns were spiritual warriors engaged in magical combat with angelic and demonic entities. Bro Clelland’s research allows the English speaking world a look inside this secret hidden tradition and a peek behind the curtain of French Enlightenment Occultism.
OUR SPEAKER:
As a teacher of Philosophy and Religious Studies in and around the North East of Scotland, Bro Clelland holds a Masters Degree (M.A.) in Western Esotericism and a PGDE in Religious, Moral and Philosophical Studies ), as well as a B.A. (Hons) in Fine Art and Philosophy. His mother Lodge is The Operative Masons Lodge of Dundee No. 47. He is a member of Lodge Sir Robert Moray No. 1641, Scotland’s premier research lodge. His research background is centred on esoteric spirituality and the practice of heterodox religious traditions with a particular interest in marginalised and persecuted religious communities, both historical and contemporary. Stewart’s work engages with Religious Studies specifically in the so-called ‘Western Esoteric Tradition’ or Hermetic Tradition in religious and philosophical thought.
+ Google Calendar+ iCal Export